All Products ...
Home   Getting news of Titanic Disaster

Getting news of Titanic Disaster

REFLECTING THE IDEAS AND EVENTS OF DRURY UNIVERSITY SINCE 1886

In 1898, Carlos Hurd was editor and chief of The Mirror. This alumni of Drury communications went on to become a reporter, working first for the Springfield Leader and Press and then the St. Louis Dispatch, which was a Pulitzer paper. 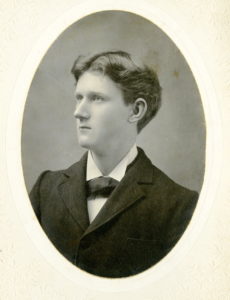 As a fairly successful journalist, he and his wife decided to take a trip to Europe. On 10th April of 1912, they set off to New York, where they met and had dinner with Joseph Pulitzer Jr. The next morning they set sail on their ocean liner, the RMS Carpathia.

Early on the morning of 15th April, the ship stopped and that’s when they heard the news; the Titanic had sunk and Hurd’s boat, the Carpathia, was taking on survivors.

“He was a newspaperman and realized that there was a story here,” said Garvin.

Hurd set out to get the story, but the captain of the Carpathia put out a news block because, although the Titanic and the Carpathia were competing ocean lines, he feared that the press would be bad for business. In response, the crewmen removed all the paper that they could find from the ship so that Hurd could not write the story.

In order to combat this, Hurd worked with any scrap of paper that he could find in order to tell the story. He would write down eyewitness accounts on the scraps, and then go to his cabin and have his wife sit on them in order to protect them from confiscation.

All the while, Pulitzer, knowing that Hurd was on the Carpathia, tried to send messages to Hurd, urging him to get the story and instructions on how to get the story to the press. The messages were not delivered.

After Hurd had enough scraps to write up copy, he finished the story and prepared its delivery. Hurd knew that he would be searched before exiting the ship, so he knew that at New York harbor, he would need to throw the story to a nearby boat with a representative from the Pulitzer.

Hurd prepared a cigar box and put the story inside. He sealed the box with candle wax so that if it fell in the water it would not leak, and he used champagne corks with wire wrapped around the box so that it would float.

At their arrival in the harbor, there were dozens of boats shouting at Hurd to throw them his story, represented by many rival newspapers.

“Journalism used to be an incredibly cutthroat industry,” said Garvin.

Luckily, Hurd recognized Pulitzer’s editor from their brief meeting at dinner before his departure on the Carpathia. He threw the box to the respective boat. The story hit one of the wires and landed on the deck below.

“It was said that Carlos Hurd was a great writer, but not a great athlete,” said Garvin.

A crew member happened to pick up the cigar box. The editor asked the crewman to throw the box to him, and he did.

This made Hurd’s the first story on the Titanic to include eyewitness account.

“A lot of people weren’t aware that a Drury graduate wrote the first story that reports eye witness accounts. What I find amazing about that story is the lengths that he went to in order to get the story out,” said Garvin.

This story has been studied by communication departments for years as a sort of field study for what it sometimes would take to be a successful journalist.

While this story has been covered by The Mirror before, a surprising number of Drury students have never heard of Hurd or his contribution to journalism.

“We should have a statue of Carlos Hurd in front of Shewmaker,” said Garvin.

Drury alumni have been making waves for over a century. What is your legacy?